How to Identify and Overcome Limiting Beliefs

Anyone familiar with my work will know I believe that the re-shaping of a person’s identity and beliefs plays a significant part in helping them to make positive changes in their life.

In this post I’m going to talk specifically about ‘limiting beliefs’ and how to work out which ones might be stopping you from realising your full potential.

Firstly, a working definition is useful. Limiting beliefs are those beliefs that a person holds about themselves, other people or the world in general that result in a negative or unwanted outcome.

Put simply, they are views about the world and your place in it which are ‘holding you back’.

The ‘think’ referred to here is really belief in your ability to achieve the goal in question, but more importantly it suggests that the outcome is directly related to the belief being held.

History is full of examples of how belief or self-belief led individuals to achieve what seemed impossible to others. The key is to understand that it’s fine for something to appear impossible to others, but it only becomes achievable when it becomes possible in your mind.

Up until 1954, many believed it was ‘impossible’ for a human being to run a mile in under 4 minutes. However, to Sir Roger Bannister it had become ‘possible’. He achieved the feat that year because he trained his body to be able to do it, but the turning point was in his mind. He held the belief it was possible, so he trained physically like it was possible, and he achieved it.

I wonder how many other runners had the physical attributes to do so before him, but were held back by the limiting belief that it was impossible ‘because everyone says so’.

The above examples are great but they are very clear cut and for most people limiting beliefs are more subtle and complicated. However, there is a simple way to start identifying them and then taking the steps to address them.

Start by noting down the things in your life that you perceive to be the most negative, the outcomes that you least want but seem to always happen anyway. Then work backwards to identify the belief that underpins them and often ultimately leads to the outcome.

For example, if you feel awkward in social settings or describe yourself as not being a ‘people person’ then work backwards and looks for the belief(s) underpinning that outcome.

It could be a belief that ‘People don’t like me’, ‘I’m not interesting’ or even ‘I’m not good enough’. You may have also got used to defending this belief and explaining (excusing) it. You may even tell others or yourself that you ‘don’t like people’ when in reality you just want to feel comfortable around them.

As you work back from the different negative outcomes in your life, limiting beliefs will emerge so write them down and then face up to them.

This can be an emotional experience as you begin to accept what’s really holding you back. Some will appear more than once, some will make you burst into tears, but it’s these ones which can be the real keystones to positive change.

Having identified these limiting beliefs you are now able to address them, both on a conscious or subconscious level as required.

For deeper held beliefs, it is quicker and more effective to work at the subconscious level, hence why I use hypnosis as the foundation of my rapid change work with clients.

However, many limiting beliefs can be eroded or removed by simply facing up to them and seeing them for what what they are. Remember, they are beliefs NOT truths.

Following on from the example above, just because a person thinks they are ‘not interesting’ does not make it true, it’s merely a perception, a belief that limits their potential to enjoy engaging with others. Have they asked people if they are interesting? Have they even defined what ‘interesting’ means?

They could try a new belief like “I used to think I wasn’t interesting, then I realised there are many different types of interesting and people are always interested in other people’s lives and stories, so I feel confident in sharing mine with people”.

Acting on Your New Belief

This is what cements the shift from a limiting belief to a limitless once and often feels like a huge step to take.

However, it has such positive effect it should be taken as quickly as possible. In the above example, by going to a social gathering and acting like an interestin’ person, you would not only feel more interesting but also relax and actually be more interesting and engaging.

This becomes the virtuous cycle that works to leave the limiting belief in the past.

This part of the process can be helped massively by working at the subconscious level, for example using hypnosis as I do with clients in my 1-2-1 sessions.

People will often defend to their last breath all the reasons why they can’t do something. Instead, turn this paradigm on its head – start looking for the reasons why you CAN and take action TODAY! 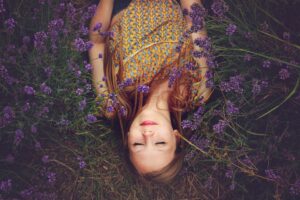 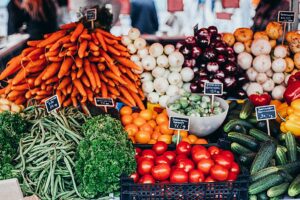