An issue that comes up quite frequently with clients in my business coaching work (and often personal coaching too) is an unhealthy obsession with people who are, or perceived to be, competitors.

This usually manifests in the form of a large amount of time spent on a competitor’s website and social media. What usually follows are comparisons and inevitably negative emotional reactions to these.

When we do something that on the surface appears harmful and negative to ourselves, it must be because we believe, at some level, we are getting something from it. This will vary for different individuals but there are common themes we can explore.

If someone is consciously aware of what they are doing, the justification is usually a variation on ‘research’ or due diligence. It may look like cyber-stalking to be browsing a competitor’s 2017 Instagram posts whilst at a family meal, but in fact you are just being a good, prudent business person.

This is, of course, total b**locks!

I encourage clients to do a healthy, structured amount of competitor research, scheduled regularly throughout the year. For example, they may do a quarterly review of their competitors (including social media) to explore any special offers, new marketing strategies, service or pricing changes, etc. However, this is done as a STRUCTURED exercise, seated at their desk and for a set duration of time. It is not done at 3am on their iPhone whilst trying not to wake their sleeping partner.

Listen to your intuition when it comes to what the right type/amount of competitor research is. If you find yourself secretly browsing competitors under the dinner table and try to justify it, you are basically the alcoholic drinking from a vodka-laced gym bottle hidden in a sports bag, saying, “Nothing to see here, I don’t have a problem”. Deep down, you know you do.

Where it gets more interesting is in the subconscious drivers that lead a person to perform this unhealthy behaviour. The limiting beliefs that may be bubbling away in the mind often include, ‘I’m not good enough’, ‘I’ll never get anywhere’, ‘I’ll never be as good as the others’, ‘Everyone prefers them to me‘, etc.

It follows that, with a negative framing, evidence can be found to validate all of these limiting beliefs.

Rather, it IS serving a purpose, it’s keeping you busy from doing the work of actually changing. In other words, it’s a DISTRACTION. However unhealthy, it makes you feel like you are doing something.

‘I might be torturing myself but, hey, at least I’m keeping busy!’

How to break the cycle

My first advice (and metaphor) is always the same:

‘F**k ‘em, do a regular, structured amount of competitor research and then focus on the road in front of YOU’.

This can provoke a response along the lines of, ‘It’s not that easy’ or elicits another common metaphor,

I love this type of response as firstly it’s an exaggeration of what I said. It ignores and deletes the ‘do some of it’ and re-works it into the potentially catastrophic advice of ‘do absolutely none of it’.

Secondly, what’s wrong with having your head in the sand?

We often use or hear this metaphor and it almost universally has a negative meaning or connotations.

The image it conjures for most people is a terrified ostrich, head buried in the sand, hoping that predators will go away. It’s the animal kingdom’s version of closing your eyes, putting fingers in your ears and singing ‘la la la, this isn’t happening’. It suggests wilful ignorance, fear, hiding from problems, and ultimately making yourself more vulnerable to attack. It is fundamentally perceived to be a passive, acquiescent state.

But do you actually know what an ostrich is doing when it appears to have its head buried in the sand?

Ostriches DO NOT hide their head in the sand and hope that predators will go away. It’s so f**king obviously not that because how the hell would evolution have lead to such a dumb behaviour. They would either suffocate in the sand or be killed.

In reality, when they appear to be doing this they are actually tending to and turning their buried eggs.

Yep, they are doing something positive, they are actively engaged in growth, they are nurturing, they are building!

I encourage my clients to see having their head in the sand as a good thing.

Turning their focus inwards and shutting down the looking at / thinking about competitors (except to appropriate levels) allows them to start nurturing themselves and their business.

It can be scary at first, without the unhealthy distraction, but we never grow by running away from the things we are fearful of. We grow when we move towards them and recognise they are mostly illusion.

In my sessions, we work on the limiting beliefs via a blend of hypnotherapy and coaching using my trademark approach, The Storyworking Method®. This creates a new narrative and self-definition of a prudent, sensible business person, for whom a healthy amount of competitor analysis is now established.

The bad habit of obsessive competitor checking is effectively broken on both a practical, conscious level and deeper subconscious level.

So, it’s fine to put your head in the sand, just make sure that in doing so you are actively nurturing and building for positive growth. 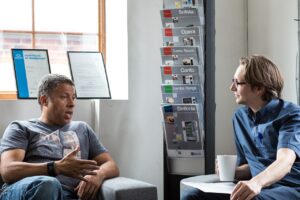 The Well-Being Benefits Of Having A Life Coach

A life coach is there to help a person achieve their goals in life. No matter whether your goals are personal, financial, 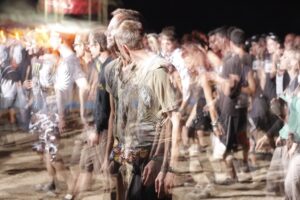 How You Can Help A Loved One With Substance Abuse

Millions of people perish each year as a result of opioid use, whether they were on purpose or not. Some people take 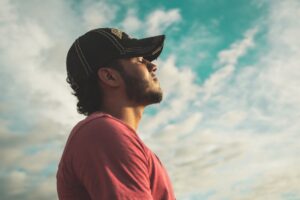 An Introduction to Mindfulness

Mindfulness is the practice of becoming more aware of the stream of thoughts and feelings we are experiencing. In recent years, mental