The Difference Between Truth and Opinion

Language and its ability to influence our thoughts, feelings and behaviours forms an important aspect of my work.

One place it can be very important is in helping to explain and understand the difference between truth and opinion, and the value of this to human communication.

Now, I’m not up for some heavyweight debate about philosophy – absolute truth, relativism, logic and the nature of reality. Rather, I’m talking about how understanding notions of truth and opinion can facilitate more meaningful communication in everyday life. 🙂

Truth is a powerful concept. When you hold a belief as a truth it can be a source of strength, motivation, even comfort. Thinking of things in a binary way – good or bad, right or wrong, becomes a simple and easy way to interpret the world around us and also the actions taken by people in it.

However, there is clearly a dark side to this type of thinking. Simply check the news today for any number of bats**t crazy things done in the name of one person’s ‘truth’.

Because ultimately, any viewpoint at its core really only reflects one person’s truth. Their subjective take on things.

It may be an absolute 100% cast-iron fact to them, but for many others it may simply be an opinion.

This Is My Truth, Tell Me Yours

In my view, human communication is better when the platform is one of mutual respect for opinion.

One where people can share viewpoints that they may hold as truths but where there is also agreement that it is irrational and unhealthy to demand another person to accept these as their truths too.

Personally, I have some strong opinions, especially around my work in human development. As a pragmatist, I try to keep my viewpoints flexible, non-dogmatic and open to change if the information I have about a subject itself changes.

Some viewpoints are more definite. For example, it’s a broader truth to me that hypnosis is effective to stop people smoking because I’ve used it successfully for over 15 years.

However, I occasionally meet people who tell me that there is “no such thing as hypnosis”. Now, I can ask the reasons for their viewpoint, I can provide information and evidence to challenge them, but ultimately if that is their truth than I have to accept that as an opinion they hold.

Whether by convention of language or by design, we can often declare our opinions in such a way that implies they are a truth.

This is great for grabbing attention and starting a debate but one problem is that it often polarises immediately and can lead to a ‘tug-of-war’ about truth and who is the ‘truth-speaker’ rather than a valuable exploration of the subject itself.

If I said, “In my opinion, there is intelligent life somewhere in the galaxy”, those three words at the start indicate clearly that this is just my viewpoint. It might seem a little outlandish to some, but it prompts a more reasoned set of questions to understand that particular viewpoint.

Now try it without those three words: “There is intelligent life somewhere in the galaxy”.

CALL SECURITY! We have a guy here who believes in aliens! 😯

The simple omission of the phrase indicating it’s an opinion now implies that I am stating a truth, so it’s easy to ‘play the person and not the ball’, shifting the focus to the ‘type of person’ who believes in aliens.

In the subsequent polarisation between alien believers and non-believers, nuanced debate and free exchange of ideas quickly become the victim.

This shows how a subtle shift in language can change the whole way in which a message might be received and responded to as truth or opinion.

So having thought about this, what can you do practically to benefit from it?

2. Question your truths – Critical and free thinking starts at home, so take some time to think about those things you hold as absolute, definite truths. Are you holding a certain viewpoint for dogmatic, even irrational reasons? Are all of your viewpoints up-to-date with the current information available? If you are so sure about your truths then there is no harm in shining a light on them from time to time. 🙂

3. Be aware of your language – If you want to polarise a debate then talk in absolute truths. It will be a lively debate but less likely to explore the issue meaningfully. If you want to create an atmosphere more conducive to discussion then ‘soften’ your language as described above and make it clear you are offering opinions. This can attract a great deal more respect from those listening to your arguments and make them more receptive to them.

P.S. Did you notice when I wrote above “In my view, human communication is better when the platform is one of mutual respect for opinion”? That is this approach in action! 🙂 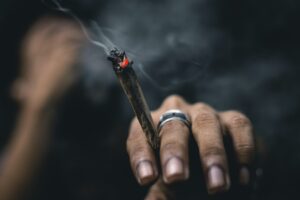 Overcoming Bad Habits One Day at a Time

Overcoming bad habits can be a huge challenge. Whether it’s alcohol, smoking, biting your nails or even binge eating, there are many 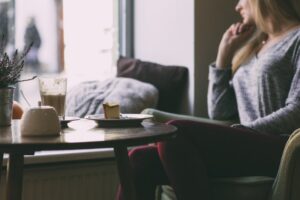 How To Cope With The Winter Blues During Covid

The winter blues can be tough enough to deal with at the best of times, never mind during a global pandemic. If 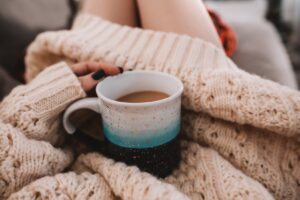 You’re not alone in finding it difficult to cope with life during winter. The shorter days and relentless icy weather are enough