Being Hypnotised – Can Everyone Achieve Hypnosis?

This is a question I get asked a great deal in my clinical work.

The short answer is that nearly everyone who WANTS to be hypnotised, can be.

Myths About Being Hypnotised

Usually people ask me this question because they are worried, due to a myth, preconception or misunderstanding about the nature of hypnosis, that they will be wasting their time or money trying hypnotherapy if they think they “CAN’T be hypnotised”.

I start by asking why they might think this, which then allows me to address these concerns one-by-one. For example, it can often be linked to ego and identity, where a person believes they are ‘too smart’ or ‘too much of a thinker’ to ‘let themselves be hypnotised’.

Firstly, I explain how higher intelligence and IQ usually indicates a better hypnotic subject. From my experience, one of the biggest markers for a person likely to struggle being hypnotised in a therapeutic setting is them having an IQ under 80. Since the vast majority of people have an IQ higher than this and even then there are exceptions, it puts their mind at ease.

Effectively, I flip the myth that “you have to be stupid or weak-minded to be hypnotised”. In fact, the smarter you are (or think you are), the better!

Being Hypnotised is Not a Battle

Secondly, I address any statement that implies hypnosis is a ‘battle of wits’ between hypnotist and client. I don’t really like the phrase “hypnotising someone” because it too easily sets up the idea of the client (subject) as passive in the process. In fact, I broadly go along with the idea that all hypnosis is self-hypnosis, i.e. the hypnotist is guiding the subject into their altered state where the mind becomes open to suggestion at a much deeper level than during full waking consciousness. So, rather than ‘hypnotist vs subject’, I explain it is a co-operative process.

This is especially the case when working with an online hypnotist.

And since being guided into this hypnotic state is a co-operative process, as I explained at the start, you have to WANT to experience it.

So that really explains why the biggest proportion of those people that “can’t be hypnotised” is simply made up of those who, you guessed it, “don’t want to be!”

Being Hypnotised Must Be Your Choice

You may wonder why someone would attend a hypnotherapy session if they they don’t want to go into hypnosis? Well, very often it is because someone else is the ‘driver’ in the process of this person making a change in their life. Either booked by someone else or effectively co-erced by someone else, if the client is not motivated to change and does not want to experience hypnosis, then it simply won’t work.

I have even seen the occasional stop smoking hypnotherapy client over the years who has openly admitted that they “want to fail at hypnosis” so they can say they “have tried everything” and then carry on smoking!

Challenges to Being Hypnotised

Lastly, physical damage to the brain or neurological conditions that make it hard to concentrate may also make hypnosis more difficult to achieve, but again NOT impossible. I have seen clients with both and, though it has taken more time and different techniques, we got there in the end in achieving the desired state.

Even though it can be a challenge (as indicated above with the rebellious smokers!), in my clinical practice, I still aspire to the Milton Erickson’s idea that there is no such thing as resistant clients, only inflexible therapists. 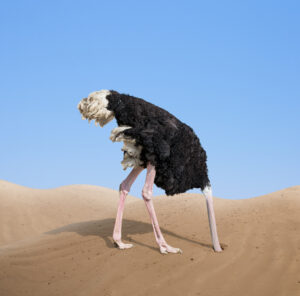 Why I’m Passionate About Online Hypnotherapy

Hypnotherapy is hard enough to explain to people sometimes, but add in the word ‘online’ and you will usually be guaranteed some 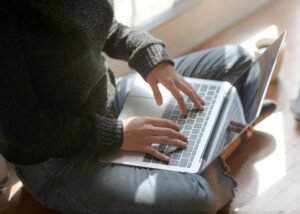 Skype hypnosis – does it really work? Well, it firstly depends on how you choose to define ‘Skype hypnosis’. Just as Google